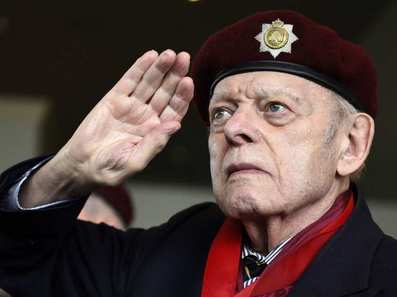 
Korean War Veteran, Edward Mastronardi, salutes during a ceremony to mark the 65th Anniversary of the Battle of Kapyong at the Canadian War Museum Friday April 22, 2016. Mastronardi, a Military Cross winner who served in all three branches of the Canadian Forces, died last week at the Perley and Rideau Veterans’ Health Centre. He was 90.


“Canada Boy, you die tonight!” “Come and get us, you son of a bitch!”  With that exchange between an unknown Chinese soldier and a Canadian platoon commander, Lt. Edward Mastronardi, the battle of the Song-gok Spur was joined on the evening of Nov. 2, 1951. The Canadians held the high ground in a fortified outpost, but they were massively outnumbered: Their 28-man platoon faced an enemy battalion with hundreds of soldiers. By the time the battle ended, half of the platoon was wounded or dead, the Chinese had abandoned their offensive, and Lt. Mastronardi was a Korean War hero for leading his men through a valorous night.  “I was meant to be there,” he later told an interviewer.

Mastronardi, a Military Cross winner who served in all three branches of the Canadian Forces, died last week at the Perley and Rideau Veterans’ Health Centre. He was 90. At different times in his life, he was a Second World War seaman, a paratrooper, a weapons engineer, and a senior civil servant. In his 80s, he turned to writing and self-published six books. He was dressed in a suit and tie — and ready for church — when he collapsed and died from a heart ailment.

“Father was an extremely positive personality,” said his son, Michael Mastronardi, of Ottawa. “He saw every challenge as an opportunity.”Ed ward John Mastronardi was born in Toronto on Nov. 2, 1925, the first of three children. His father, Victor, was a pharmacist and businessman.  Mastronardi was a good student, and excelled at football and track. At 18, he enlisted in the Second World War and trained as a radio and telegraph operator. He was assigned to HMCS Victoriaville, a frigate that took part in convoy escort duty during the final year of the Battle of the Atlantic, and Mastronardi was part of the boarding party that accepted the surrender of a German submarine, U-190, near Newfoundland on May 11, 1945.

After the war, Mastronardi earned an arts degree at the University of Toronto while enrolled in the Canadian Officer Training Corps, a reservist program. He volunteered for the Korean War soon after it began in June 1950 with the North Korean invasion of South Korea. The country had been split in two during the Second World War, and North Korea, backed by communist Russia and China, wanted to forcibly unify the country. The United Nations condemned the aggression and called on member states to come to the aid of South Korea.

Mastronardi, a member of the Royal Canadian Regiment 2nd Battalion, became one of 26,000 Canadian soldiers to serve in Korea. More than 500 of them would die in the conflict.  Throughout the summer of 1951, Mastronardi’s company fought skirmishes along the 38th parallel, the line that now divides North and South Korea.
It was at a forward position on a strategic piece of land known as Hill 187 that Mastronardi heard enemy forces massing for attack on the evening of Nov. 2. It was his 26th birthday. He knew someone in his sector was in for a long night. He soon realized his small outpost was the intended target: “My God, it’s us: We’re going to be in for the fight of our life.”

The fighting began at 9 p.m. Under constant fire, Mastronardi moved through his platoon, exhorting his men to hold firm, while calling in artillery attacks against enemy positions. Chinese soldiers blasted holes through a perimeter fence and stormed through the breach in the wire, but their assaults were repeatedly turned back. Mastronardi shot two Chinese soldiers at close range with his pistol, and when it was empty, he killed a third with his flare gun. The Canadians hurled hundreds of grenades at their attackers, but by 3:20 a.m., they were running out of ammunition. The company commander ordered them to withdraw to the main garrison. Mastronardi organized his men, called in more artillery, and helped fight a rearguard action that covered their escape. He brought out 15 injured soldiers, and would return in the morning to claim the body of Pte. Joseph Jean Campeau, 21, of Saint Isidore, the platoon’s only fatality.

He was awarded the Military Cross in February 1952 with a citation that lauded his “superb courage and outstanding leadership.” He later received South Korea’s Order of Military Merit, its highest award for valour.

After the war, Mastronardi returned to Canada, trained as a paratrooper and was appointed battalion jump master. He left the army in 1953 and joined the air force because it promised him the chance to pursue an engineering degree. Mastronardi attended Britain’s Royal Air Force Technical Staff College and graduated in 1961 with a degree in advanced weapons systems engineering. He later worked for the de Havilland Aircraft Company, and spent the final 19 years of his career as a senior official with the Treasury Board of Canada Secretariat. He retired as assistant secretary.  Always interested in writing, Mastronardi devoted himself to the craft in his 80s. At the Perley and Rideau, he would get up every morning at six to work on his manuscripts, many of them about the Korean War. He wrote seven days a week, didn’t watch television, and spent free hours studying history, philosophy and literature online.  Bob Near, a retired Canadian Forces major and the president of the Ottawa branch of the RCR Association, called Mastronardi “a true gentleman” and “one of the last great Canadian war heroes.” 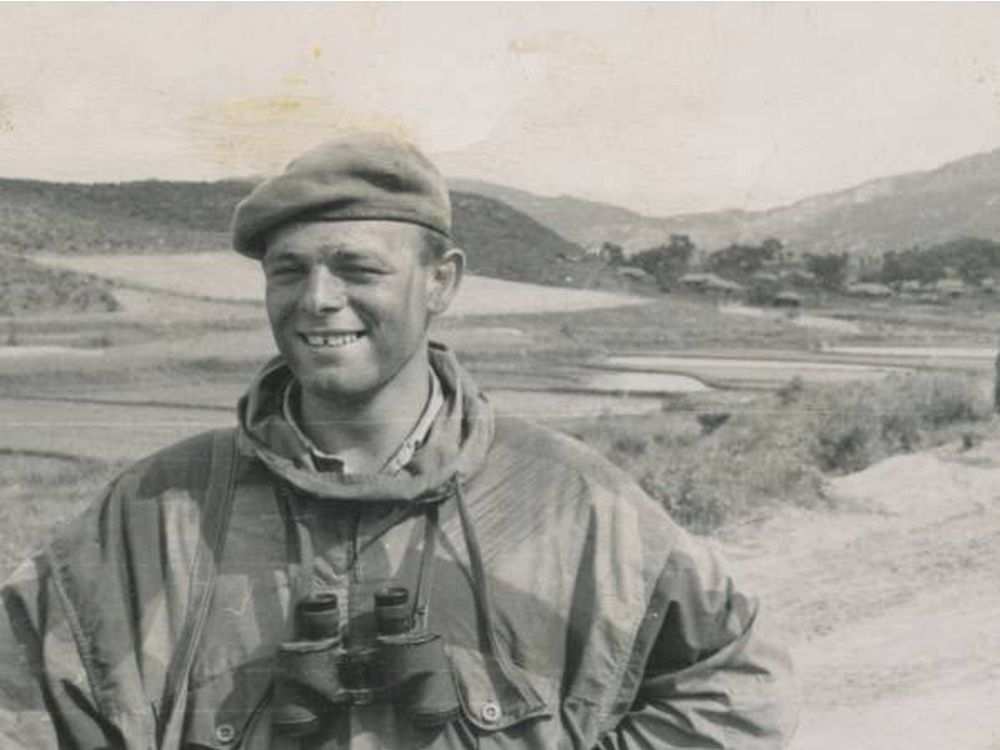 Lt. Edward Mastronardi won a Military Cross for the extraordinary valour that he displayed during the Battle of Song-gok Spur on Nov. 2-3, 1951